How Optioneer detects that it is following a linear feature and what it can do with this information.

Written by Adam Anyszewski
Updated over a week ago

This design rule allows Optioneer to deal with situations where the route evaluated is following a linear feature. This happens fairly often for onshore cables and pipelines - especially in densely populated areas, following roads might be the only way to go. 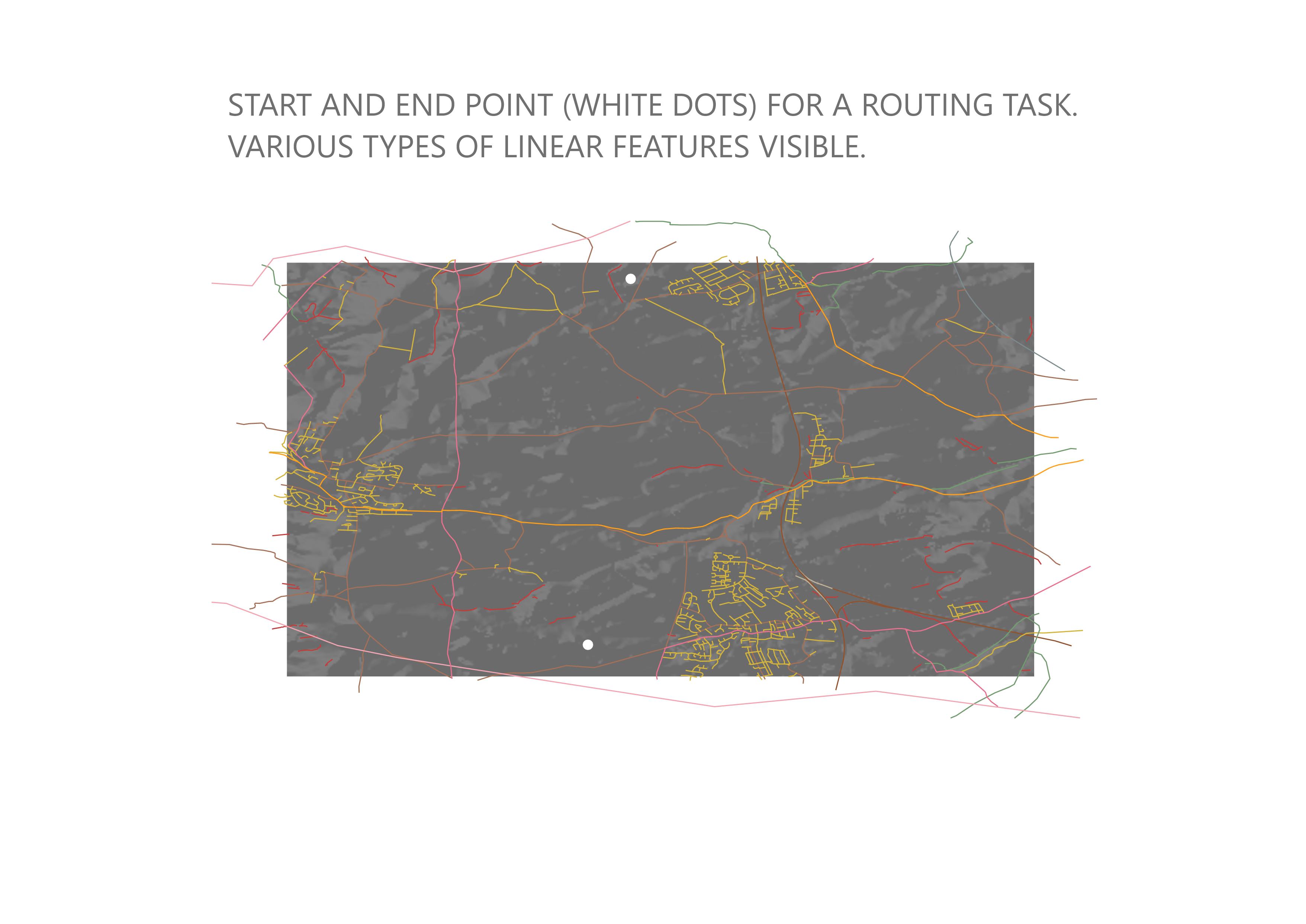 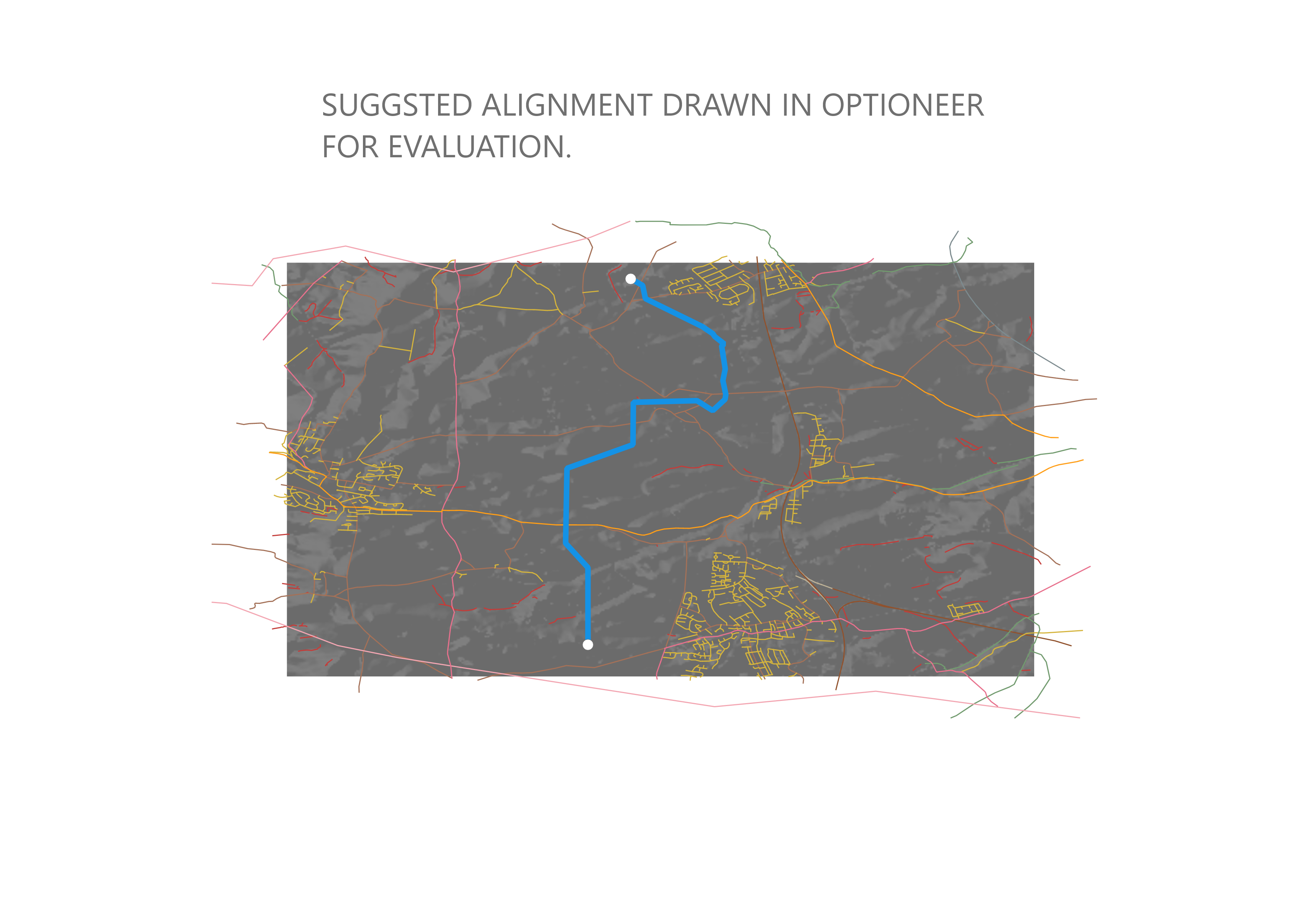 The trick is to be able to identify crossings with linear features that an option is crossing while keeping in mind that some features might be followed rather than crossed. 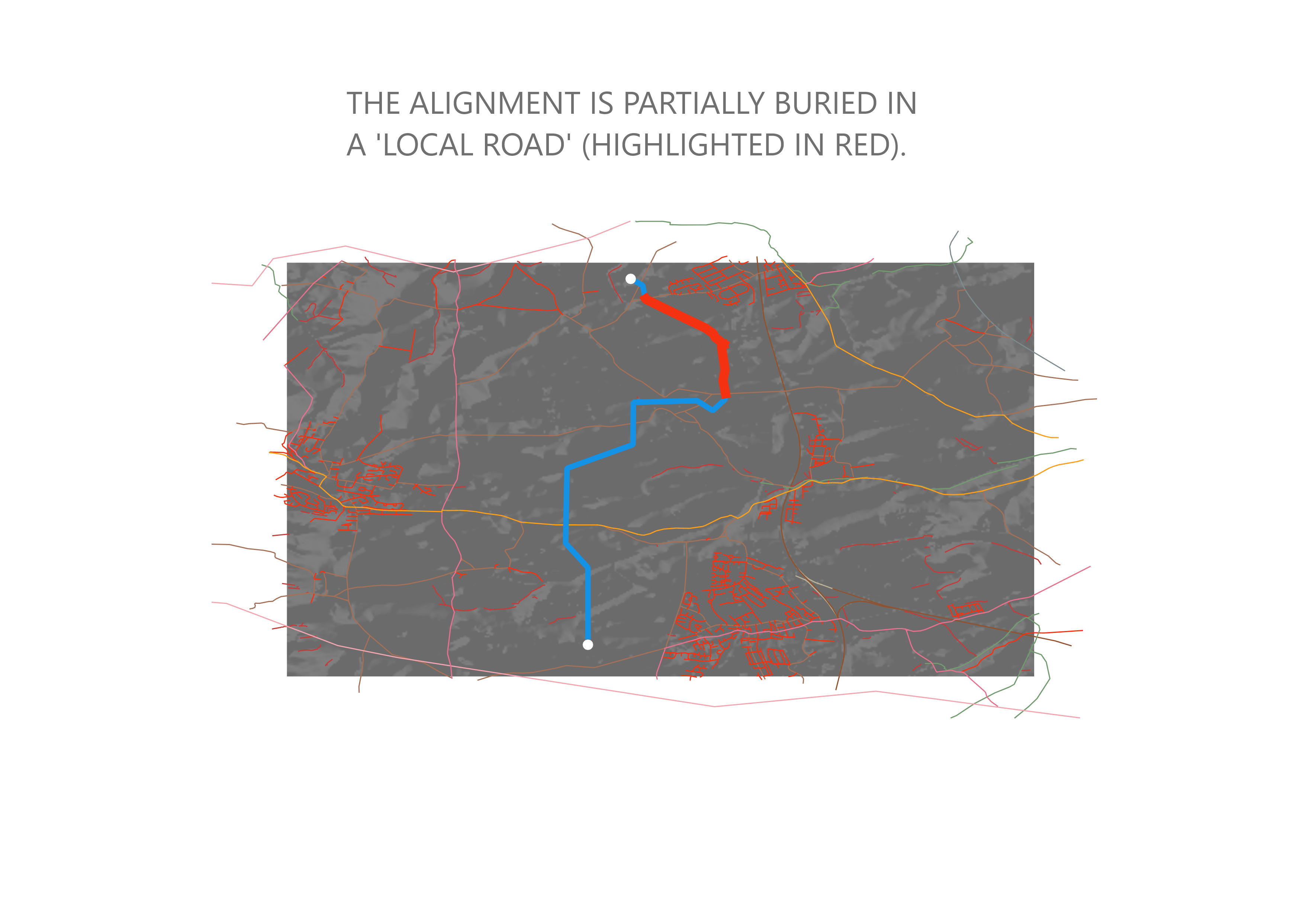 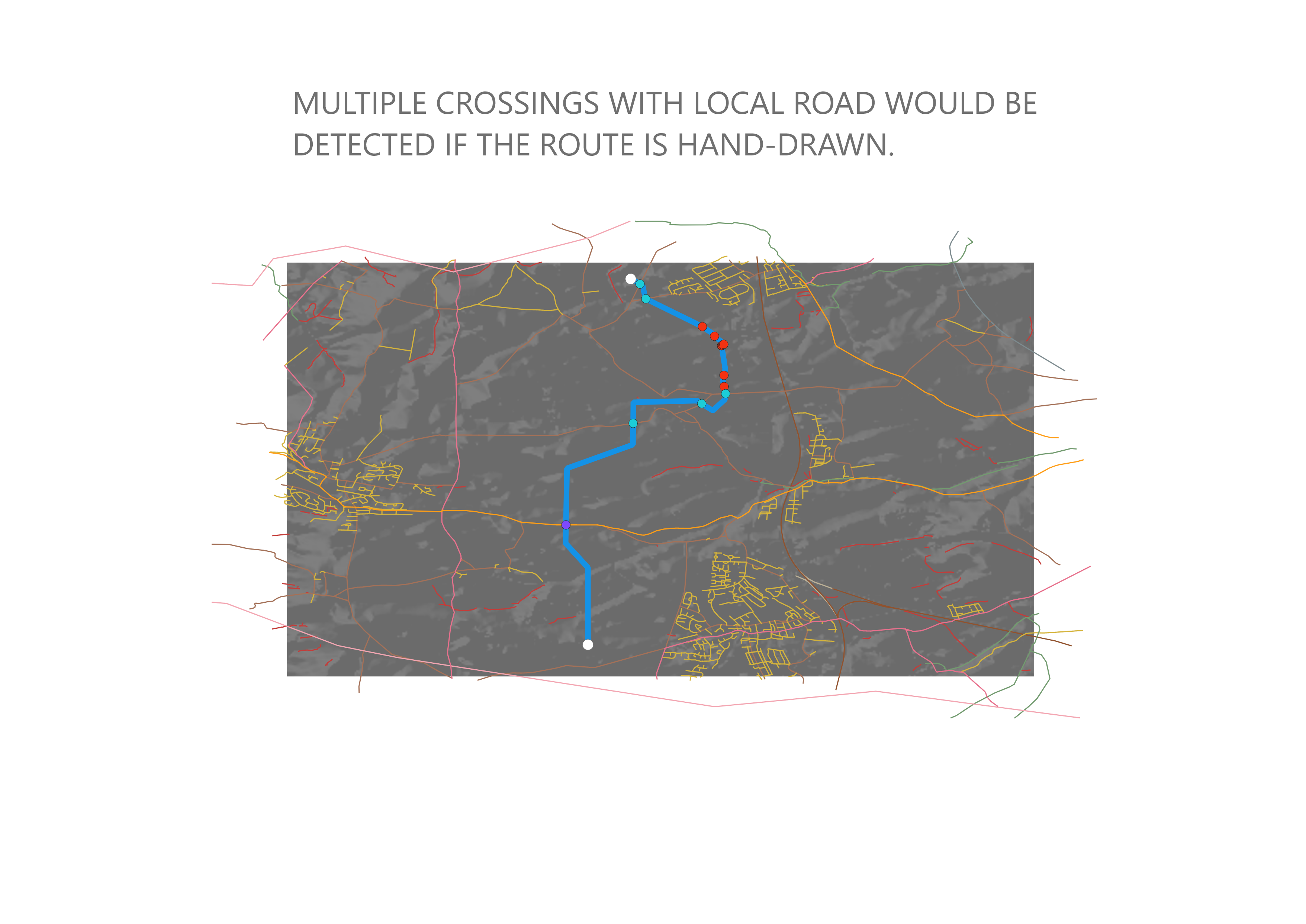 The centerline might cross the feature followed, but that shouldn't be counted as a crossing. If drawings were perfect, there would be no issue. In reality however, lines drawn intersect with 'followed' lines multiple times. This would lead Optioneer to counting additional crossings. 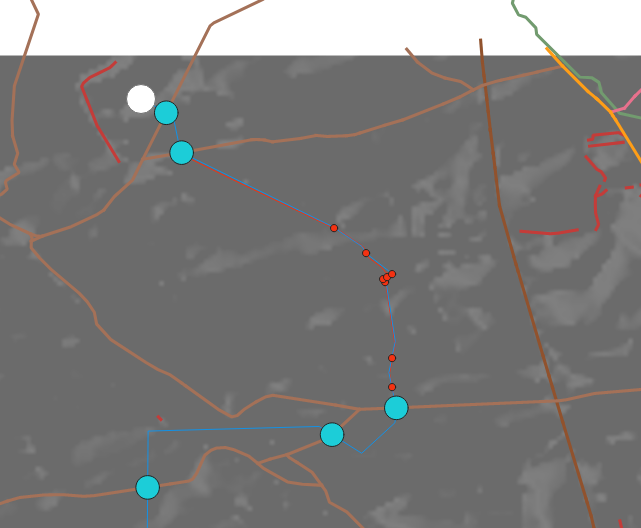 To address this, Optioneer detects if it follows a linear feature within a user-specified distance. If the majority of the feature falls within this distance, it will be ignored - any crossings with this feature are removed from the final count. If the feature isn't entirely within the distance, Optioneer will determine that a linear crossing is required. 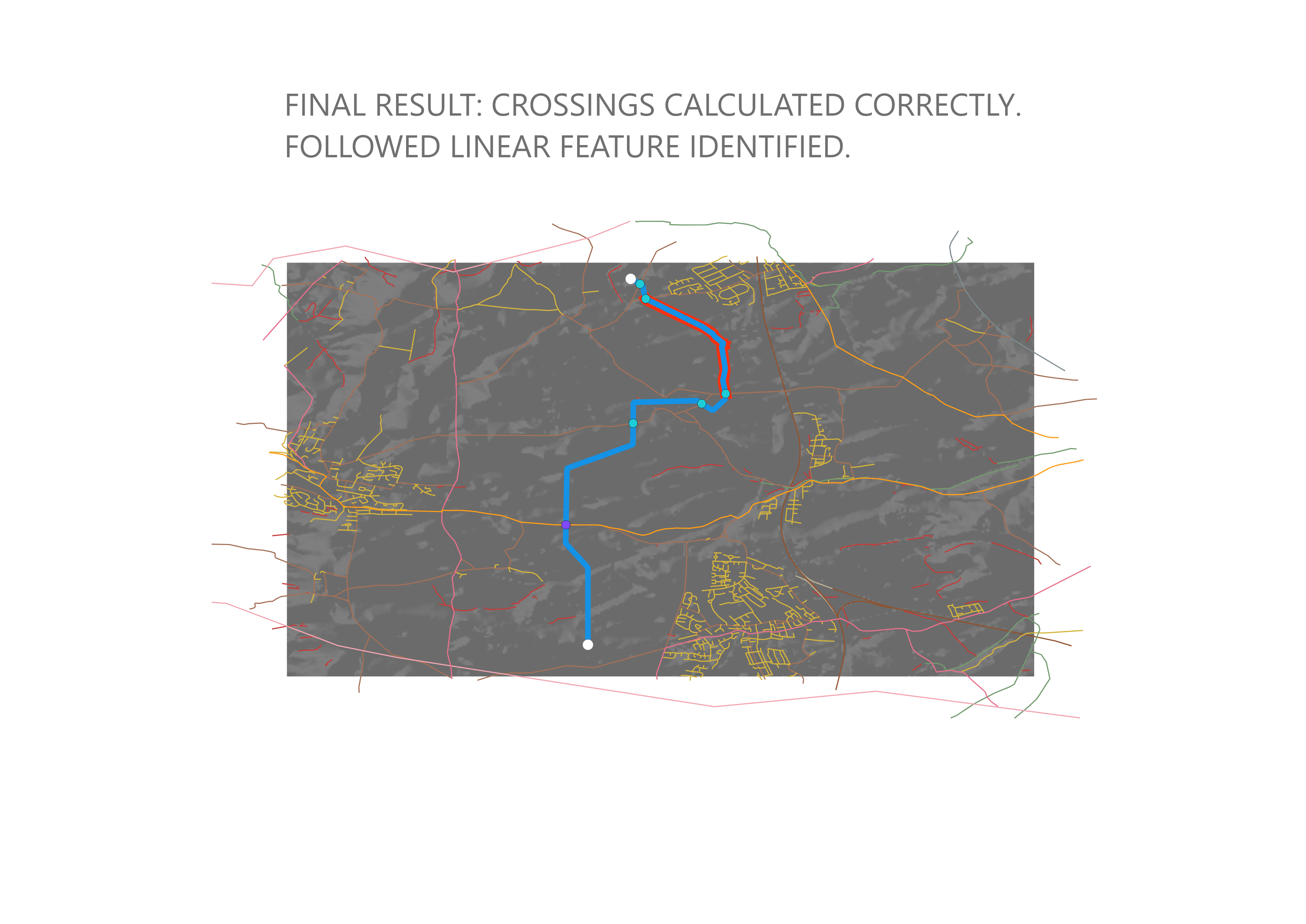 The configuration of this design rule is pretty simple. It uses the 'linear features' dataset and requires the user to specify 'distance within which Optioneer should consider a linear feature as followed'. Otherwise, the design rule will run automatically after the main Optioneer run is finished and refine the results.

This design rule doesn't output anything. If it works fine, the user will not see any results of its work (as it's mainly focused on removing excess crossings detected by Optioneer).