How Optioneer identifies various constraints, chooses the optimal path and informs users about obstacles / considerations along the way.

Written by Adam Anyszewski
Updated over a week ago

One of the most important aspects of good design of linear assets is to make sure that they avoid all obstacles and follow an optimal path. Optioneer can facilitate this process by taking into account various constraints and scoring of how severe going through various constraints is. The goal is to find a path that goes through as few constraints as possible. In case constraints can't be avoided, the length of the path crossing through a constraint should be minimised.

In the example below, residential and functional buildings were set as hard constraints (i.e. should be avoided at all costs). Other layers were set as soft constraints. 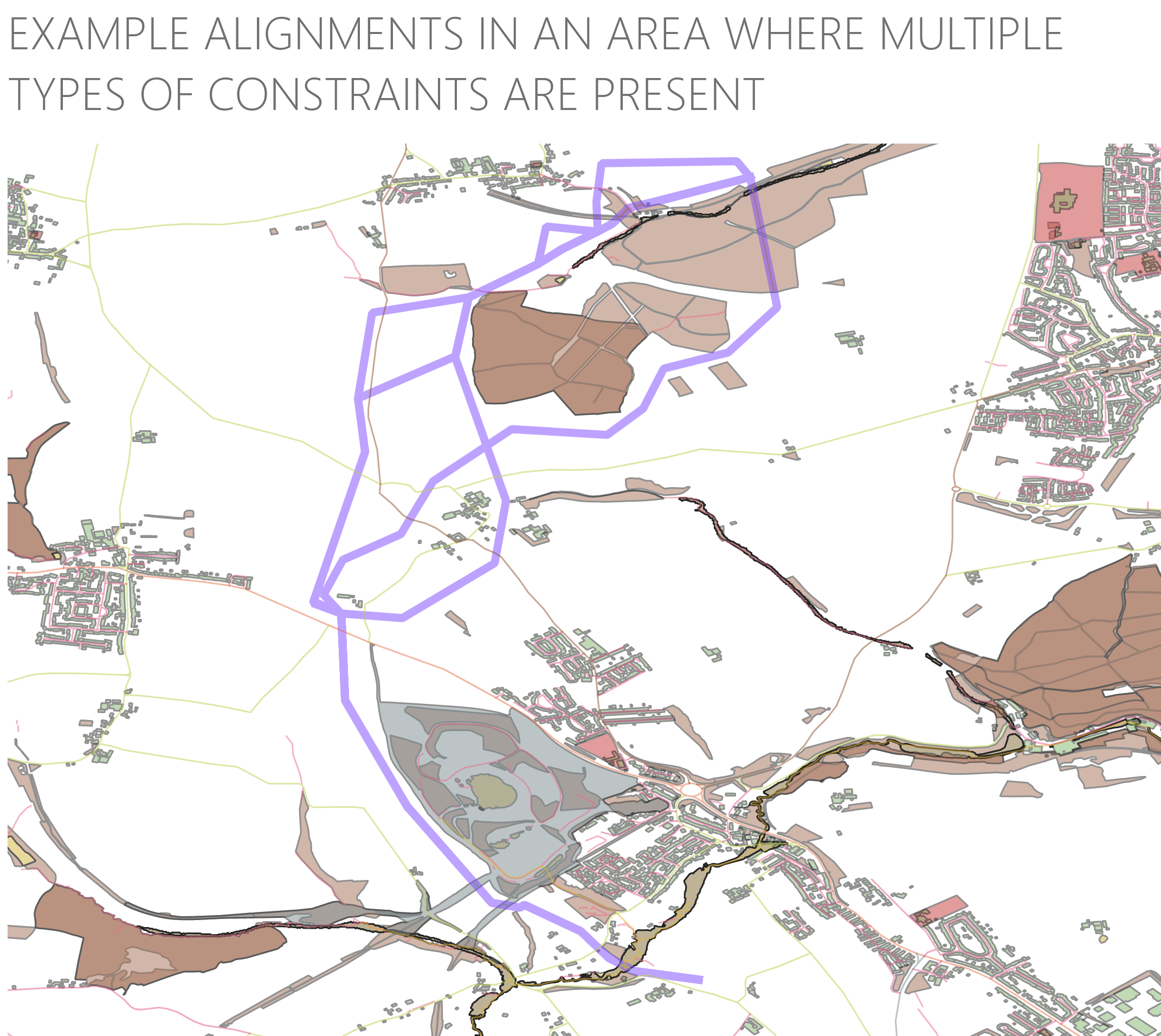 The four alignments can be compared on the basis of constraints only (i.e. no other aspect taken into account). 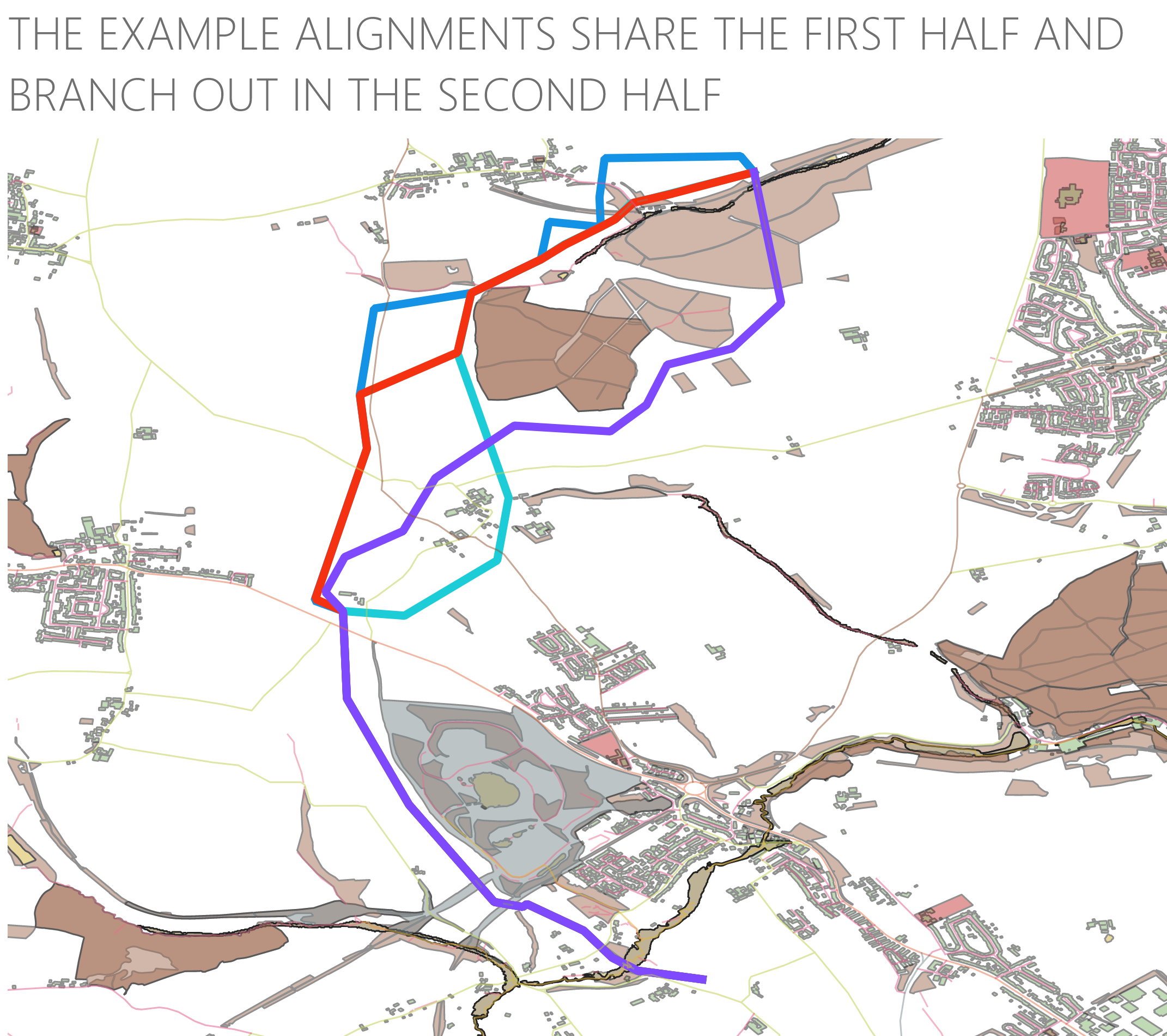 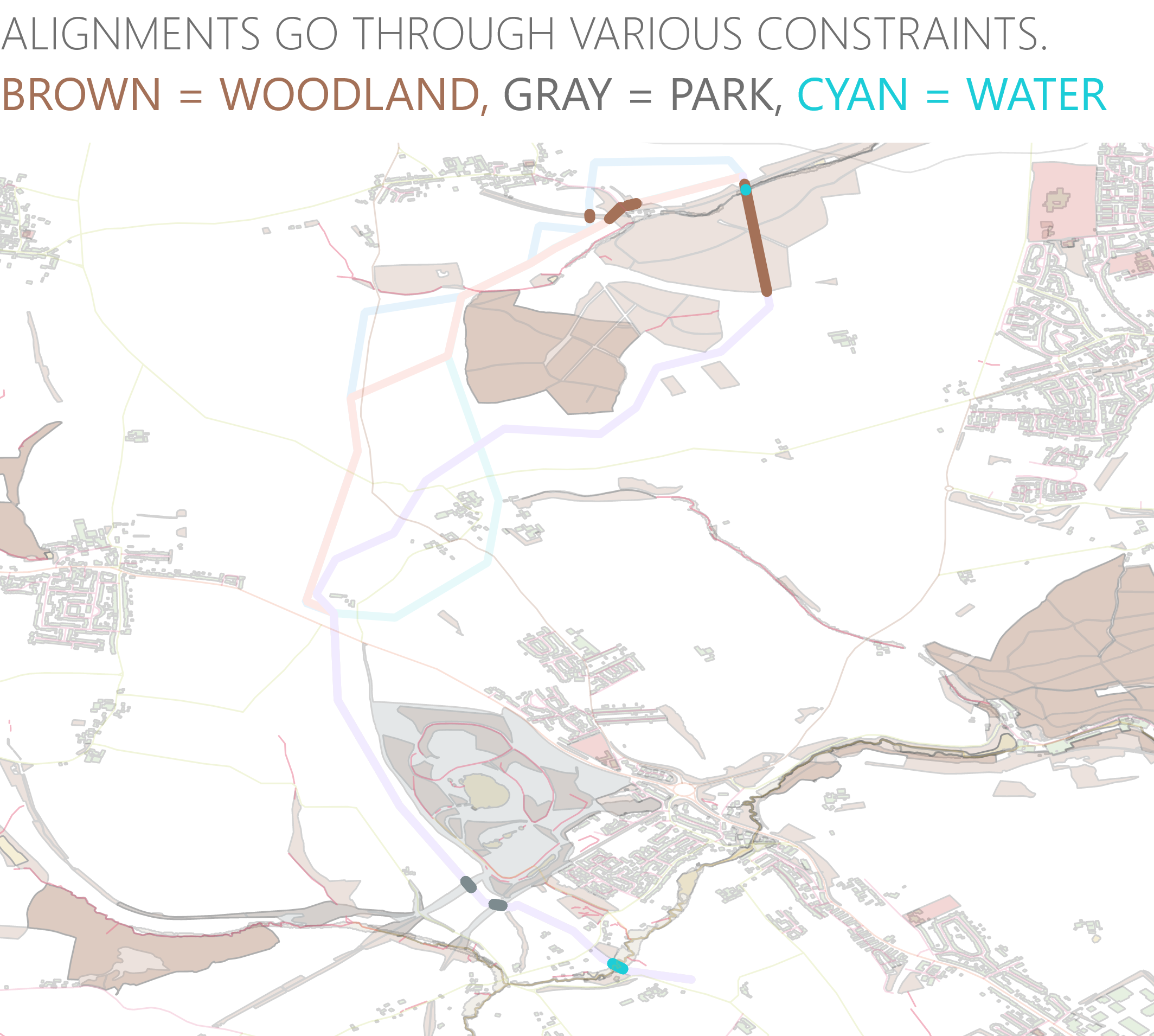 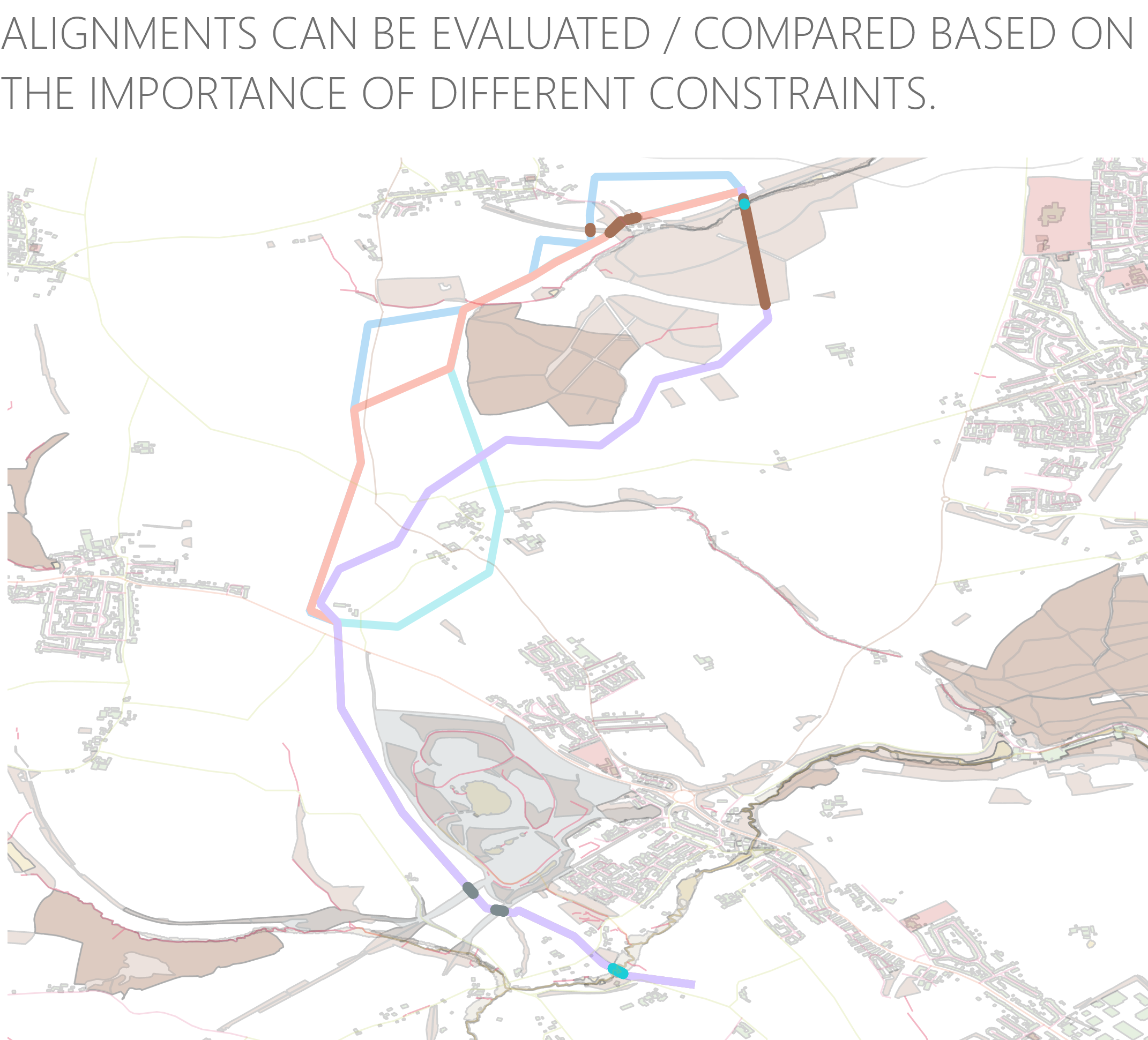 In practice, Optioneer will evaluate a lot of other parameters as well so the judgement on what route is the most optimal might be different than just from the 'path' perspective.

Summary of layers crossed on the Vertical Profile Chart (under Composition -> Penalty):