Polygon analysis allows you to get metrics on how a chosen polygon (corridor, substation etc) overlaps with geodata, both directly and in its proximity.

Polygon analysis can be found in two places 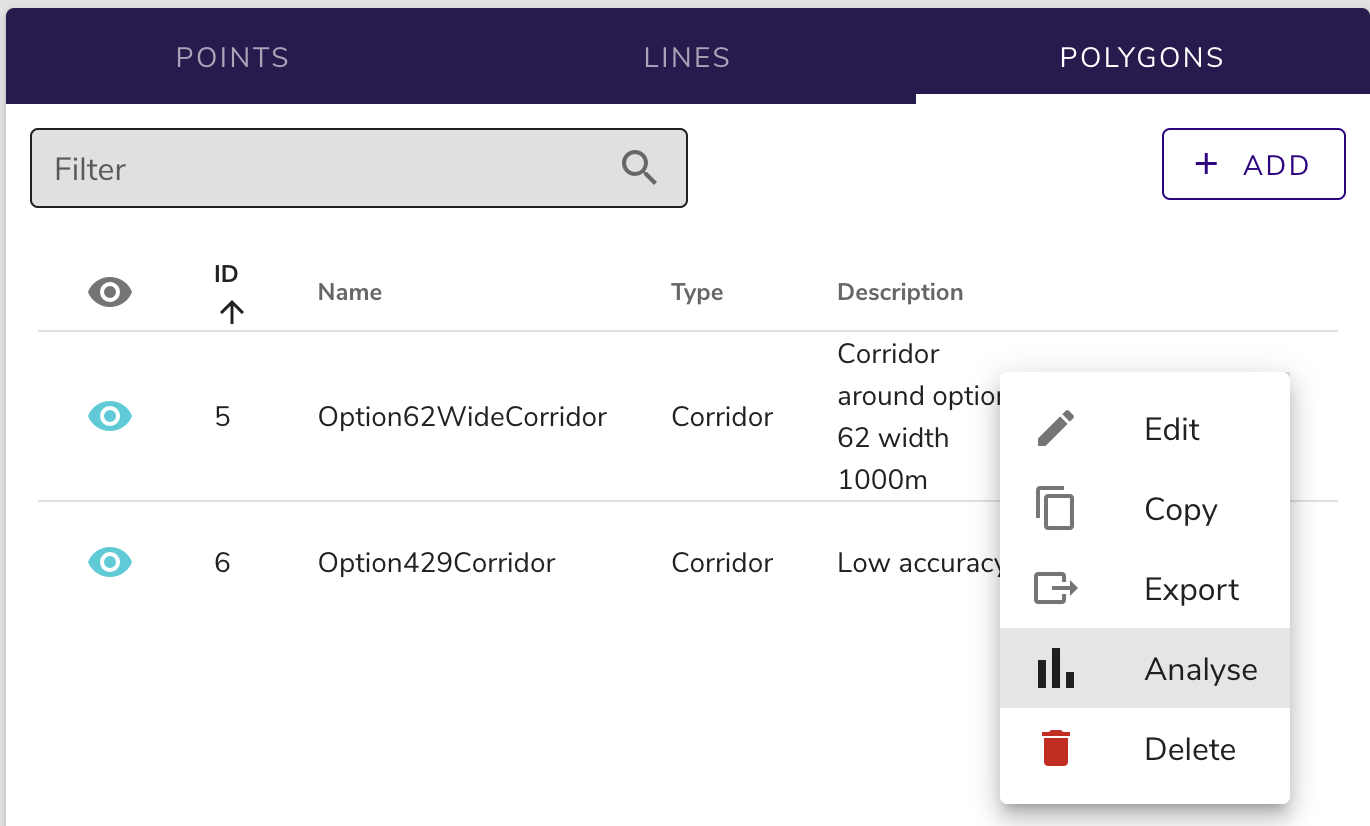 2. In the point information tool 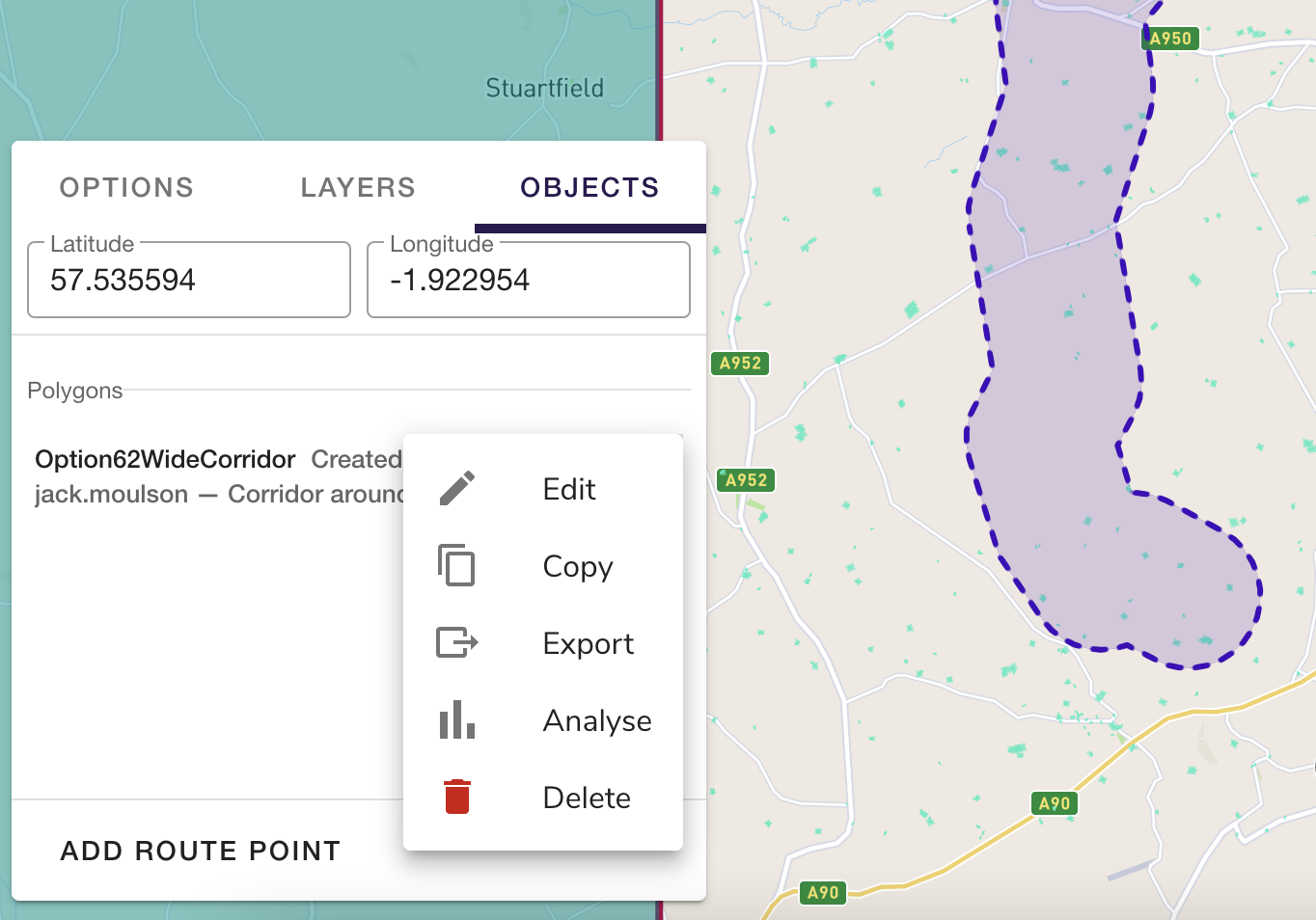 What to expect from the calculations

For each chosen buffer, two values are calculated:

The analysis counts the number of features that are touched by the polygon and its buffers. Each feature is only counted once if intersected by the same polygon.

For example, the following intersection will count as one even though the polygon intersects the dataset feature multiple times 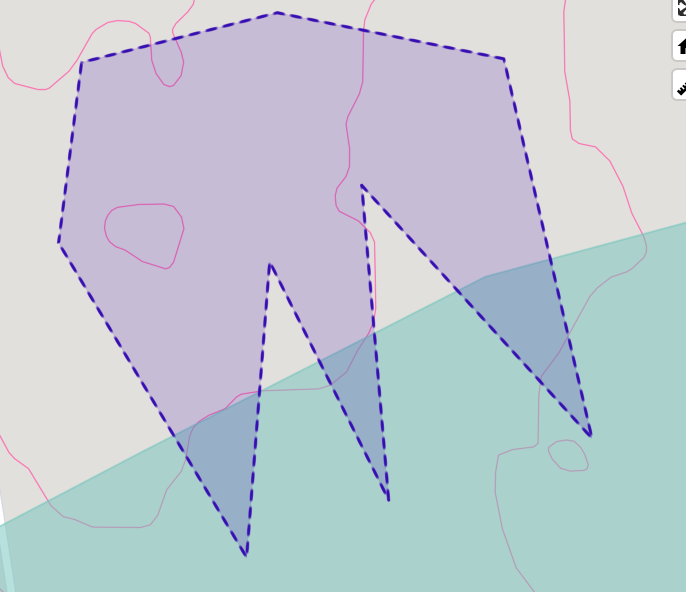 Intersection area (in square kilometres) is calculated to be the sum of overlapping area of the polygon and each feature in the the selected layer.

This is important to note when working with buffered layers where features often overlap: 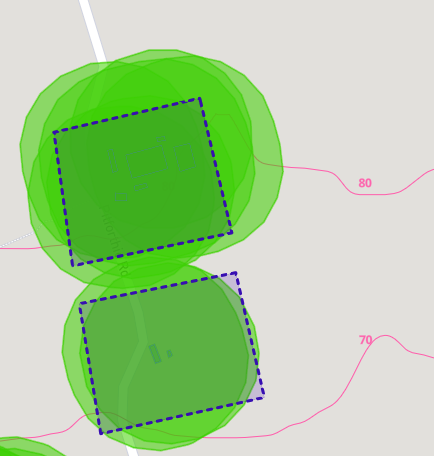 In the image above, the top polygon is overlapping more building buffers and counts an overlapping area much larger than the polygon below even though they are both the same size.